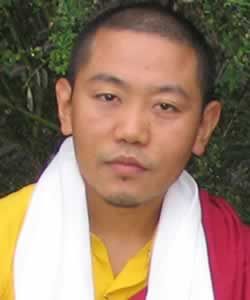 Lama Dawa Norbu received a monastic education during many years at Tibetan traditional monastery. He has long-term experience in Buddhist ceremonies and traditional Tibetan religious practice, along with a humble character and strict discipline. He received many teachings from numerous Tibetan masters, including His Holiness the Dalai Lama and His Holiness Penor Rinpoche.

Presently Lama Dawa Norbu is the main assistant of Khen Rinpoche Pema Choephel in Palyul Center UK. He guides meditation sessions and leads on prayers and pujas, along with all the activities at Palyul Centre UK.

With the blessings of Khen Rinpoche, Lama Dawa offers kind support of the Palyul Sangha in UK, Germany and Bulgaria.